The History of the Holyoke Merry-Go-Round

In the 1800s, the dawning of the industrial revolution allowed for the mass-production of heavy machinery that was needed to create larger amusement devices. For workers who had days off to enjoy with their families, private parks were created at the ends of trolley lines in cities and towns across the United States. Mountain Park was one such amusement park, built onto the side of picturesque Mount Tom.

Mountain Park opened in 1894, featuring attractive gardens. A cable railway was added just three years later, which took passengers to the peak of Mount Tom. There, they could enjoy a Summit House that overlooked the picturesque Pioneer Valley. That same year, a large circular building was added to the park, which functioned as a dance hall. Next to the dance hall, a small roller coaster was constructed along with an open air restaurant and a small German carousel, which was installed in a modest pavilion. 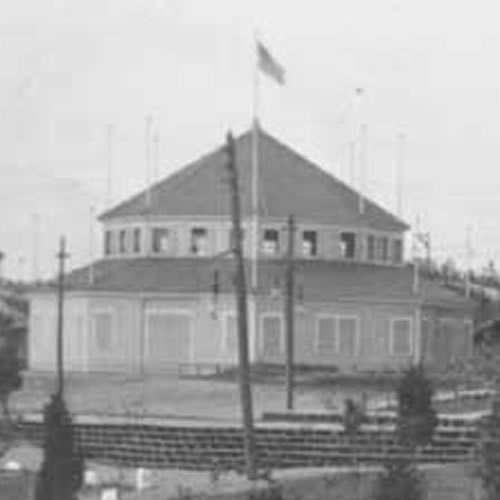 For two decades, only little changes took place at Mountain Park: the dance hall was converted into an arcade when a new ballroom was built; a new enclosed carousel pavilion was built; the Summit House burnt down twice; and the cable railway was dismantled.

When Louis Pellessier, then-head of the Holyoke Street Railway Company, took over the management of Mountain Park, he expanded the midway, adding new concessions and rides. This included a new roller coaster and merry-go-round, both manufactured by the Philadelphia Toboggan Company. Founded in 1904, the “toboggan” in the company’s name refers to its main business: roller coasters (often called toboggans at the turn of the century). If a park expressed interest in buying a Philadelphia Toboggan Company coaster, the company would throw in a hand-carved merry-go-round.

The merry-go-round that Mountain Park was given was the fifth-to-last one Philadelphia Toboggan Company made. It was assembled in the old modified pavilion and opened for the 1929 season – just before the Great Depression. Unlike other parks of that era, however, Mountain Park survived the economic downturn.

By the 1950s, John Collins purchased Mountain Park from Pellessier. He reshaped it as the perfect place for families; over a dozen kiddie rides were added, many of them a miniature version of the adult rides. For the next 35 years, Mountain Park remained virtually unchanged. In 1987, however, John Collins’ son, who had run the park for decades, felt it was time to close. Collins received several offers to buy the merry-go-round when the rides were advertised for sale. During this period, individual carousel horses were selling for hundreds of thousands of dollars. Collins received a $2 million offer for the ride, but he wanted to see it remain close to home.

John Hickey, then the head of the Holyoke Water Power Company, proposed saving the merry-go-round for the city of Holyoke. Collins agreed to sell the ride to the city for $875,000 and gave Hickey a year to raise the funds. Hickey enlisted the help of Angela and Joe Wright, Holyoke residents known for their fundraising ability. They organized a “last ride” day at Mountain Park. Over 3,000 people attended and paid $1 each to ride the merry-go-round one last time at its original home. 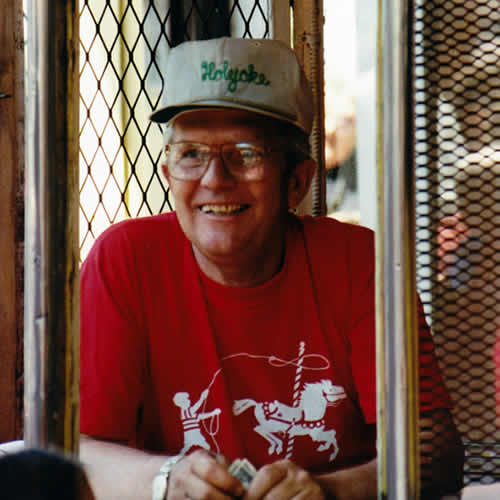 The head of a local construction firm, James Curran, donated services to dismantle the carousel and rebuild it at Holyoke’s Holyoke Heritage State Park. Timothy Murphy, a local architect, donated his services to design a recreation of the original carousel pavilion. The ride galloped back to life and re-opened to the public December 7, 1993. In its first 10 years of operation, the Holyoke Merry-Go-Round delighted over a half-million riders and helped to revitalize the historic city’s downtown and Massachusetts tourism. Today, the carousel is living up to the name John Hickey gave it many years ago: Holyoke’s Happiness Machine. 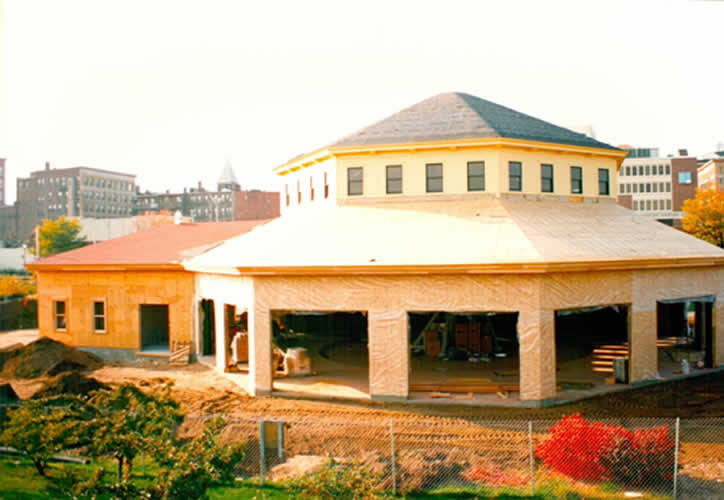 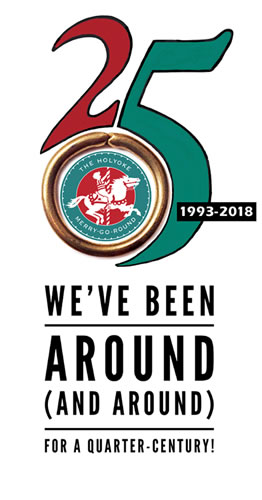